It certainly wasn’t easy, but when it was over the Bellevue Wolverines were Class 3A girls state swimming and diving champions for a second consecutive season. The Wolverines had to fend off not one, but two worthy challengers to win the title. They finished with 272 points, ahead of second-place Lakeside with 259 and third-place Lake Washington with 255.
​
Junior Janelle Rudolph won two individual titles on Saturday, finishing the 50-yard freestyle with a Class 3A state-meet record and automatic All-American time of 22.85. She followed that up by winning the 100 backstroke in 53.73 seconds, the second-fastest time in state history. It was the third consecutive year that Rudolph, who was named swimmer of the meet, has won both events.

Senior Aneta Wyzga got Bellevue off to a nice start, winning the first individual event of the meet, the 200-freestyle. Her time of 1:49.67 was good enough for All-American consideration. She took the second place on 500-freestyle.

“It’s the kind of state meet that everybody wants to see,” Bellevue coach Lisa Van Loben Sels said. “Everybody shows up to do their best, and when it’s close like that there is nothing more exciting. I’m so proud of these girls. The character and drive that they showed today was amazing. We had some challenges coming out of yesterday’s prelim, and they stepped up and just attacked it.” 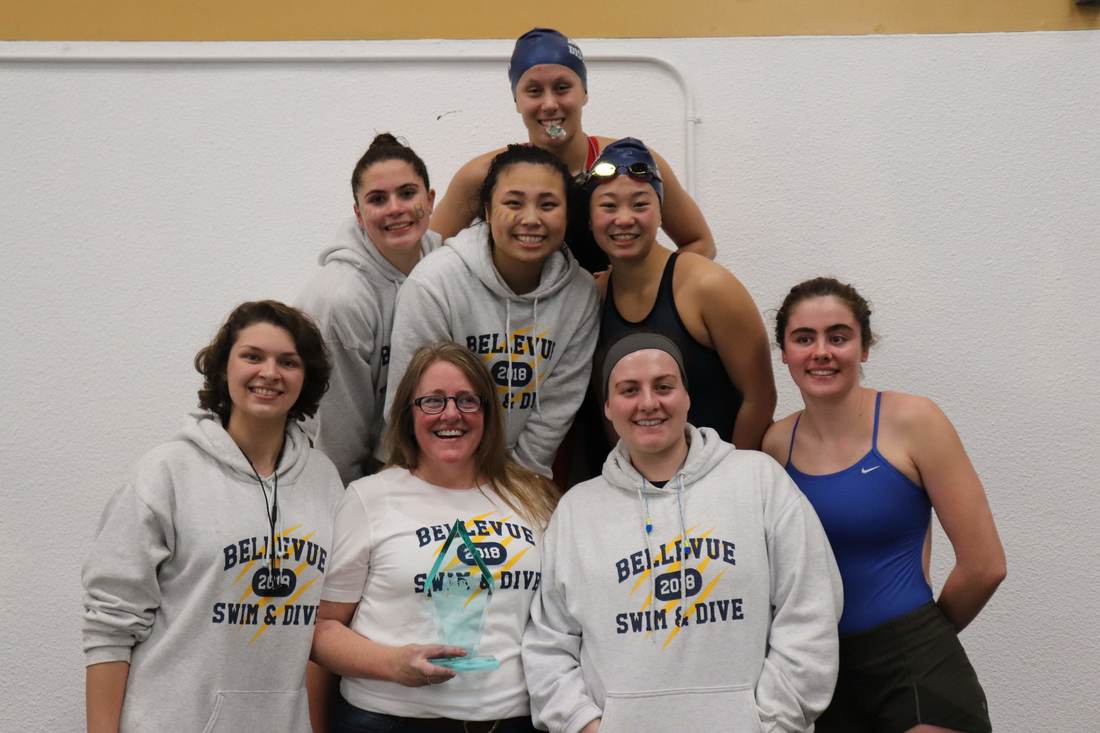 ​The Bellevue Girls’ Swim and Dive team brought home the first place trophy from District 2 meet on Saturday (11/2/2018). With a dominant performance that set three new meet records and placed three divers in the top six, the team finished with a final team score of 253 points, 33 points over runner-up Lakeside High.

Captain and senior Delora Li took first in the 100 fly and third in 100 breaststroke. Fellow captain Aneta Wyzga took the second in both 200 free and 500 free. Delora and Aneta also teamed up with junior Rylee Siripipat and senior Elena Acevedo to take the first in 200 free relay.

In diving, Sophomore Makena Rubin earned 400.20 points and finished at a close second place. Freshmen Isabela Doud and Meiko Huang finished at the 4th and 6th places, respectively. All three divers will be making an appearance at State next weekend.

Girls Swim and Dive will compete in the 3a State Championships on November 9th and 10th at the King County Aquatic Center. Look forward to seeing more Wolverines showing up and cheering for our girls at the State.

Congratulations to our Bellevue Girls Swim and Dive Team
for becoming 2017 State Champions! 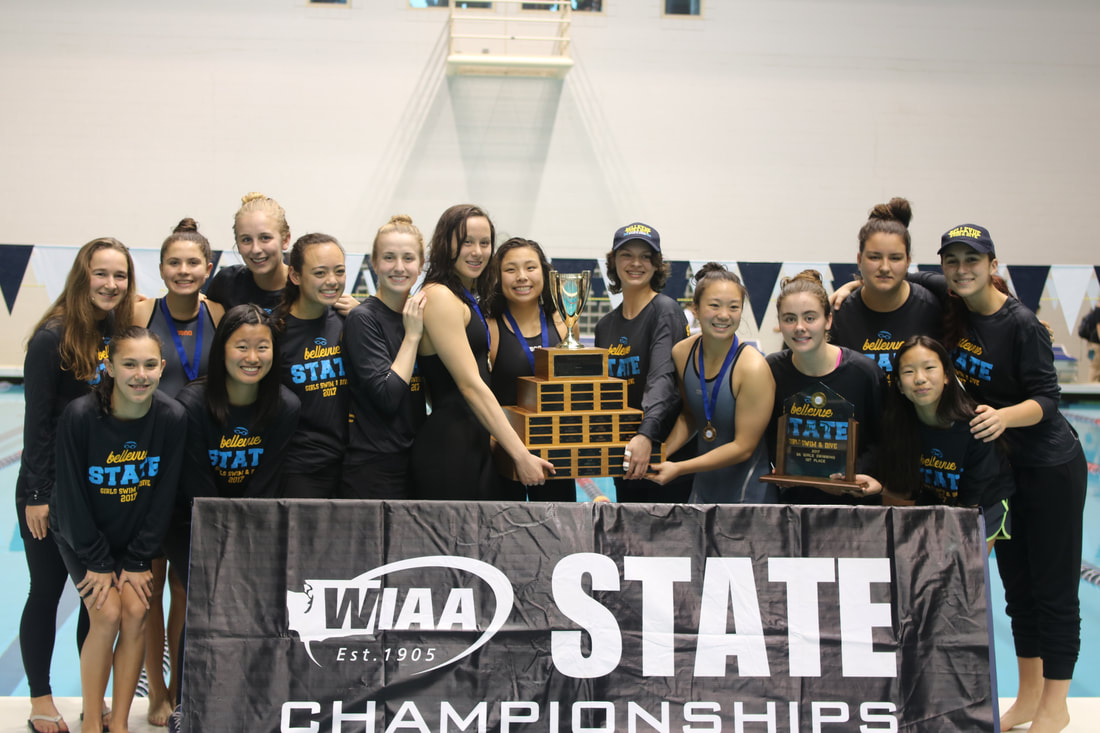 The Bellevue girls swim and dive team brought home the first place trophy from the state 3A meet on Saturday, with some record-setting swims and exceptional dives. Bellevue and Lakeside were neck and neck throughout the meet until the very last relay team brought the win home. It was a close meet where every single point counted, and just about every race depended on Bellevue swimmers performing even better than they had in the previous day's preliminary heats.
​
​Sophomore Janelle Rudolph was honored as one of two "Swimmers of the Meet" for her outstanding performance. Janelle scored first place in the 50 free,in 23.02 seconds, and first in the 100 back with 54.80 -- both automatic All-American times.

Senior co-captain Sarah Walsh took third in a very close diving event where the first and third place divers' scores were only three-tenths of a point apart.

Junior Delora Li took first in the 100 fly and fourth in the 100 breaststroke. She also represented the team on the fourth-place 200 free relay, with Aneta Wyzga, Eleanor Casey and Elena Acevedo.

Aneta Wyzga, also a junior, took the blue ribbon in the 500 free and a second place in the 200 free.

Janelle, Aneta Wyzga, Rachel Jin and Delora Li swam in the 400 free relay that decided the meet with a time of 3:29.16. In the 200 medley relay, Janelle, Rylee Siripipat, Rachel Jin and Elena Acevedo teamed up for a second place finish.