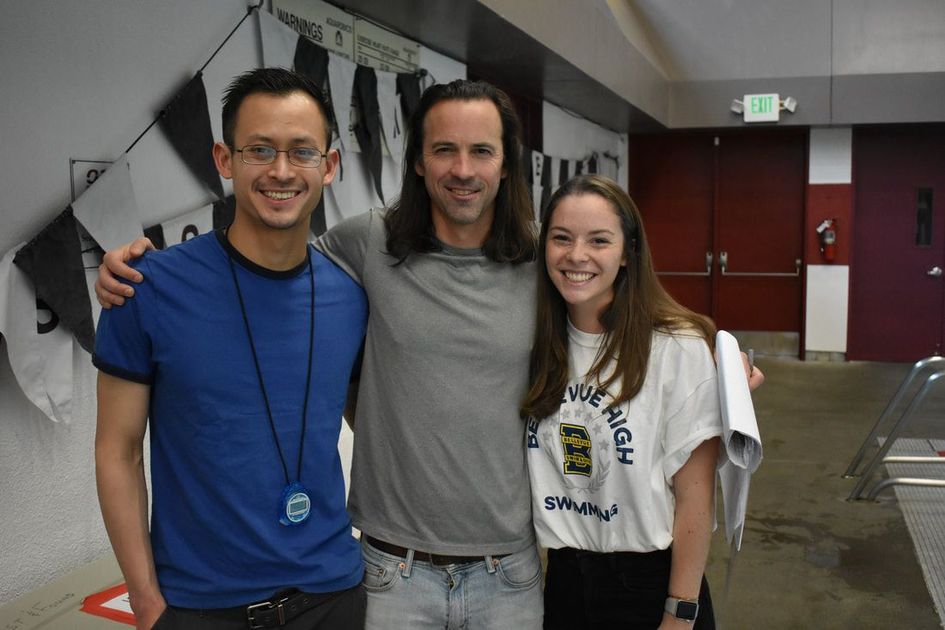 Michael D. Hill - Head Coach (2018 - )
Mike graduated from BHS in 1997 and was a team Captain on the 1996 & 1997 AAA State Championship Swimming teams those years. He was a multiple time State Champion in relays (also earning All – America Honors on those relay teams) and a many time State place finalist in individual events (All America consideration in 200 free, 500 free).  He has a long time experiential background in club and HS swimming and how to train and compete at a high level.  He have been the Head Cross Country Coach and Assistant Track Coach here at Bellevue High School for the past 16 years. He was a Pac 10 Champion in the Steeplechase at the UW.  Mike also was the swim team assistant from 2003 to 2005.
Michael D. Liu - Assistant Coach (2018 - )
​Michael Liu is a 2004 graduate of O’Dea High School where he swam and competed at a State Championship level. He has a long time individual coaching background and has a mindful technical perspective of the little things one can do to improve their mechanics to become a better/faster swimmer.
Andy Hay - Head Coach (20?? - 2018)
Andy is currently the coach for the Women’s and Men’s swim team at Bellevue High School as well as baseball at Juanita.  He is also the club coach for Club Nine Baseball and Rush Baseball.  During the day he is the owner of Hay Wealth Management and is the Executive Director of the Marin Morrison Foundation.  In his free time he manages and plays for a PSSBL baseball team and enjoys giving hugs to his wife Sara of almost 8 years, as well as his massive cat, Big Tuna.